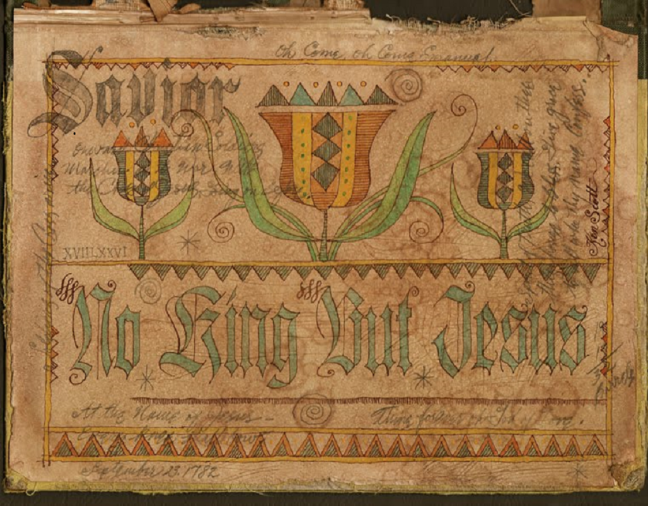 The first mention of a king in the bible is in Genesis 14:1 “At the time when Amraphel was king of Shinar…” The king of Shinar also known as Babylon is the first mention of a king and kingdom rule. Scholars regard Amraphel to be Hammurabi of Sumer, whose legal code was a foundation for other legislation to follow. The concepts of a king, kingly rule and kingdom have always been a uniting force of civilization.

In America, we pride ourselves in having thrown off the yoke of the despotic kingly rule of Great Britain. We chose to live and govern ourselves following scriptural principles such as freedom of conscience, personal responsibility, self-control and representative self-government. The individual freedoms we enjoy are un-equal around the globe. However, the general understanding of these foundational principles is waning.

We do not understand nor do we teach that the foundation of our individual freedom is the surrender to the kingship of Jesus Christ. The gospel of Christ is what inspired and empowered us to become a free people.

Although there is a widespread debate about whether our nation was formed as a Christian nation, it is mostly fueled by the fact that many will not recognize the scriptural principles put into the framework of our government. The study of the writings of our founders leaves no doubt that the prevailing worldview was indeed Christian.

William Penn “If you are not governed by God, you will be ruled by tyrants” 1)

Samuel Adams ” The rights of the Colonists as Christians may be best understood by reading and carefully studying the institutes of the great Law Giver and Head of the Christian Church, which are to be found clearly written and promulgated in the New Testament” 3)

Noah Webster “The religion which has introduced civil liberty is the religion of Christ and His Apostles…This is genuine Christianity and to this, we owe our free constitutions of government.” 4)

These inspired leaders realized that the freedom of thought and conscience was a freedom enhanced by the renewing power of salvation and redemption in Jesus Christ. This liberty was born in the heart and soul of those who left their homeland, crossing the ocean to settle in a place where freedom of religion and worship would be enshrined in a new political compact. Self-government was made possible by a people who understood the concept of self-control. In their minds, self-control was the fruit of submission by the individual to a higher authority, namely Jesus Christ.  The founders had an understanding that individual liberty was a blessing that came from the personal submission to a new king. Thus the popular sentiment heard throughout the days of the American struggle for Independence from an earthly despotic king was  “We have no king but King Jesus”. 5)

A Culture in Need of Restraint

Our culture has helped create the attitude that we are free to do as we please, to follow every passion and desire. Yet we find that society cannot live this way consistently without the need for external controls on personal behavior. We need to protect ourselves from each other. Families have a need to protect their children from the permissive culture we helped to create where one is free to behave in any fashion they wish abandoning self-control and personal responsibility and respect for others. The less self-control is practiced the more external restraints become necessary. Here we see that the power of the state must grow as the need to restrain evil does. The tendency today is towards more government control of every area of life because many lack self-control. We now demand powerful agents and technologies that will protect us from the monsters we have created.

Those who share a humanist worldview are enjoying the rapid growth of a powerful government using the language of the freedom-loving self-controlled people to attack the foundational principles of the nation. The destructive passions once formally restrained by self-controlled submission to God and His moral law are now protected and encouraged by irresponsible legislation, upheld by corrupted courts. Public institutions are prohibited from displaying the foundational precepts of moral law in the Ten Commandments. The rights and responsibilities of the people are being transferred to an increasingly secular government. Conforming to the pressure of a misinterpreted religious clause, government may no longer invoke or apply moral reasoning in discouraging the pursuit of corrupt desires and behavior.

As in the days of the Roman Empire, the state is all too willing to exert this control and restrain personal freedom whenever they saw the need. When a people are not able to govern themselves they will be governed by the state. This heavy-handed control has been witnessed throughout history. The barbaric Roman rule, the gulags of the former Soviet Union, the murderous reign of the German Nazis and the Red Chinese have not convinced anyone of the effectiveness of government control. Whether we call it socialism, communism, progressivism, liberalism, statism, one world government, or globalism, it is the default form of control for people who abandon the true God.

There is no doubt the people of our nation are divided concerning many issues. The most obvious reason for this polarization is the basic worldview distinctions between secular humanism and Christianity. The fruit of a relentless teaching from the secular humanist perspective is a growing desire to try socialism. Having been taught lies about socialism they embrace a romantic notion that socialism will solve the human problem of evil. They do not realize the trade-off for this false security and the altruistic pursuit of a godless system of government is personal liberty.

The first of these liberties, freedom of conscience is under steady attack from socio/cultural elites and intellectuals wielding the intimidating weapon of Political Correctness. As courts become more detached from absolute morals embracing pragmatism and relativity, they are swayed by the left to rule against those who oppose the socialist and secular humanist agenda.

The kingdom Jesus speaks of is a spiritual kingdom made evident in the behavior of the kingdom people.  He is calling us to serve Him and live within the principles of His kingdom. As we remember the Lord’s prayer “Our Father who art in heaven your kingdom come your will be done on earth as it is in heaven”  God wants us to do His will here on earth as His kingdom people. He wants us to share the good news of salvation and redemption from the darkness of sin by the work of Jesus Christ. He wants us to share liberty and freedom by living out godly principles found in His word, the principles upon which our form of government has been formed. The blessings secured within this framework are derived by the willing submission of those governed. Once we forget the principles of right government our government will forget and the words liberty and freedom will be redefined so as to cloud the memory of our loss.

“If you went for a walk in the woods, but then decided to wander off the path, and found yourself surrounded by a thicket of thorns and poison ivy, who would you blame? Would you blame the person who built the path? No, of course not. Instead, you’d blame yourself if you were honest, because you alone were responsible for wandering from the path.

In a far deeper way, this is what happens when we decide to leave God out of our lives. For a time, it may seem like wandering away from Him doesn’t make any difference; it may even seem easier and freer. But eventually, it catches up with us—just as wandering off that path and into the thicket caught up with you.” —Billy Graham #BG100

I am writing not so much to persuade the secular left but more to awaken those who live in the freedom of Christ and to say it’s time to turn around and go back to where we turned off the path. Walk after the spirit (Rom 8:1) on His path, be alert and stand firm and do not become entangled again in the bondage of slavery, (Gal 5:1) be in prayer for our leaders, (1Tim 2:2) be ready to come against the vain philosophies of deceit,(Col 2:8)  and be not conformed to this world but be transformed by the renewing of your mind (Rom 12:2) and remember our struggle is not against flesh and blood but against powers and principalities in high places. (Eph 6:12)

Will we serve an earthly king who will gladly take control over every area of our lives, who is merciless, without truth or grace to whom we yield our freedoms and our conscience in exchange for a false security? Or will we serve a heavenly king who liberates us from personal condemnation, granting mercy and forgiveness and empowers us to practice the virtues of liberty and self-control, personal responsibility and selfless living for our benefit and the benefit of others? Jesus says “Seek first the Kingdom of God and His righteousness and all these things will be added unto you” (Matt 6:33) We need a king – but to paraphrase and modify the cry of our founders, we need no king but King Jesus!