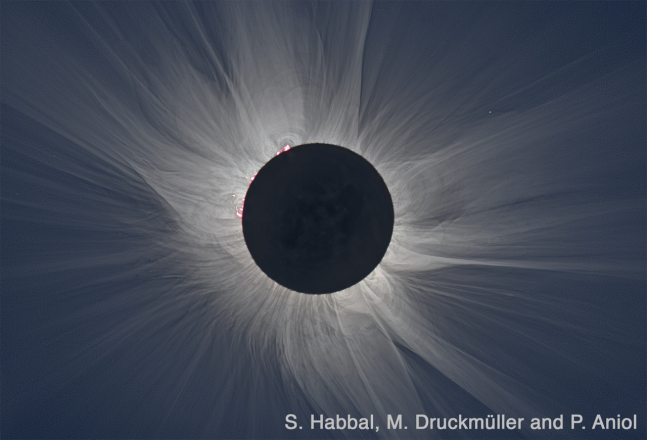 Millions of people across the nation observed the recent American Solar Eclipse. For Christian believers, several biblical verses came to mind.  These verses have to do with the signs of the times and the coming fulfillment of the believers hope in Christ. Sharing scripture on Twitter, Franklin Graham tweeted

“And when these things begin to come to pass, then look up, and lift up your heads; for your redemption draweth nigh.” Luke 21:28

The tumultuous events in the US and worldwide punctuated by the eclipse draw us to reflect on prophecy as reminders of the hope we share as believers. Although there are great debates among Christian scholars as to the real meaning of many of these prophecies, this does not dilute or distort the reality of our hope built upon the word of God and established in the finished work of Jesus Christ.

The Divine Message Of The August Eclipse

The Sun Will Be Darkened: A Brief Survey of Apocalyptic Symbolism

In this post, we want to invite you to explore hope, what it is and where it is found. This is not a comprehensive journey through the concept of hope. However, the links below will guide you to sources where hope and its implications are examined in detail and perhaps you will choose to make your life a journey of hope!

In his article “Hope” J. Hampton Keathley III, Th.M. graduate of Dallas Theological Seminary defines hope as a feeling, an expectation, a desire for something to happen or to be true.

“Hope may refer to the activity of hoping, or to the object hoped for—the content of one’s hope. By its very nature, hope stresses two things: (a) futurity, and (b) invisibility. It deals with things we can’t see or haven’t received or both. It is a confident expectation of something we cannot see or that we have not received yet.”

In the article “What About Hope?” at The Humanist.com, Lawrence Rifkin writes about his inability to provide an answer to a middle-aged woman when she asked the question “What about hope?” The answers Lawrence presented her with were bright and clear and positive but left the woman unconvinced. After another attempt at answering the question, Lawrence came to the conclusion that he could convincingly present humanism as a source of hope.

Here are a few of his answers to the question.

“The humanist worldview is filled with hope. We may be made of matter, but we decide what matters.”

“Humanism is about possibilities. Without some grand supernatural plan or destiny, the future is open. Possibility means the door for hope and change and goodness is open.”

“The fact that we can try to change ourselves, other people, and the world—and make it a better place through reason and compassion—is a fundamental wonder of being human, and can be celebrated. It is a cause for hope and wisdom.”

“So let’s admit straight out: humanism is not about hope. It’s about facing the world as it actually exists and making the best of it.”

The clue to humanists/naturalists inability to give any human hope is clear, it is all about the human. It denies the reality of God and our relationship to Him. These beliefs set us adrift in the cosmos of human confusion and delusion, by abandoning the very anchor of our souls, in fact denying that we are souls.

The confusion rest in the fact that without a comprehensive objective guide to understanding life, meaning and morality we are left to create our own. The delusion is the fact that many believe we are capable of deciding “what matters” and what is good and have no need of looking outside the box for answers.

The track record of humans living inside the box without any help is tragic. One only has to look at the Holocaust to realize that in the absence of God, morality is but a human convention, morality is subjective and non- binding. There is no hope in the foundational principles of humanism because it denies the source of hope and that is the supernatural reality of God. God is not contained within our box of reason and nature. He is the creator of reason and nature and beyond Him there is nothing else.

Hope for the humanists is not a reality because by definition hope is invisible and they will not allow themselves to hope in something unseen.

“For in hope we were saved. Now hope that is seen is not hope, because who hopes for what he sees? But if we hope for what we do not see, we eagerly wait for it with endurance” NET

It is like two captains wives watching from the cliffs over the sea. One sees her husband’s ship and declares “there he is” her hope has been fulfilled. The other waits in hope that her husband’s ship is close behind yet cannot see it but her daughter who is at higher vantage point behind her yells out “ I see him, he is coming! ”. Will this wife deny what her daughter saw and leave the cliffs without hope?

This is what the Word of God does for us – it yells out to us “I see him, he is coming”.

“Look! He comes with the clouds of heaven. And everyone will see him—even those who pierced him. And all the nations of the world will mourn for him. Yes! Amen! ”

Without a belief in the Creator and His Word, we are left with an empty hope in human wisdom. Humanist believe that humans are capable of doing good without God. Their hope is misplaced because of the fact humans who do not acknowledge God are without hope.

Can we be good without God?

“No one is righteous—not even one. No one is truly wise; no one is seeking God. All have turned away; all have become useless. No one does good, not a single one.”

“There are a number of warnings in Scripture against putting our hope in anything other than the Lord because these things will leave us ashamed, frustrated, disappointed, and in ruin.”

“Can the papyrus grow up without marsh? Can the rushes grow without water? While it is still green and not cut down, Yet it withers before any other plant. So are the paths of all who forget God, And the hope of the godless will perish, Whose confidence is fragile, And whose trust a spider’s web. He trusts in his house, but it does not stand; He holds fast to it, but it does not endure.”

“For whatever was written in earlier times was written for our instruction, that through perseverance and the encouragement of the Scriptures we might have hope.”

“because of the hope laid up for you in heaven, of which you previously heard in the word of truth, the gospel, which has come to you, just as in all the world also it is constantly bearing fruit and increasing, even as it has been doing in you also since the day you heard of it and understood the grace of God in truth;”

Proverbs 30:5 tells us that

“Every word of God proves true. He is a shield to all who come to him for protection.”

“But you must remain faithful to the things you have been taught. You know they are true, for you know you can trust those who taught you. You have been taught the Holy Scriptures from childhood, and they have given you the wisdom to receive the salvation that comes by trusting in Christ Jesus. All Scripture is inspired by God and is useful to teach us what is true and to make us realize what is wrong in our lives. It corrects us when we are wrong and teaches us to do what is right. God uses it to prepare and equip his people to do every good work.”    New Living Translation

The humanist/naturalist has no hope because he:

The believer has hope because he

Where is your hope?

The Sun Will Be Darkened: A Brief Survey of Apocalyptic Symbolism by Jeffrey T. McCormack Delivered 05/28/17 http://www.bereanbiblechurch.org/transcripts/topical/sun-will-be-darkened-apocalyptic-symbolism.htm